Lifeway’s VBS team receives thousands of questions each year through phone calls, letters, e-mail, this blog, and the “contact us section” of lifeway.com/vbs. Here are a few of the most popular. 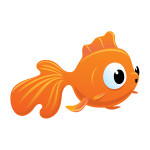 VBS 2021 is headed to present-day Israel where discovery awaits at Destination Dig. As junior archaeologists, kids will explore real-life archaeological finds that have helped to uncover the truth about Jesus! Along the way, they’ll discover the truth of Jeremiah 29:13, that God reveals Himself to us when we seek and search for Him with all our hearts.